You are not alone.

And it gets better.

These are a few of a handful of powerful messages that an elegantly designed “belonging intervention” by social psychologist and Stanford assistant professor Gregory Walton conveys to study participants who are going through a difficult period.

In a series of ongoing studies, first published in 2007 in the Journal of Personality and Social Psychology, the belonging intervention uses a technique known as “attributional retraining” to help people shift blame for negative events from “It’s just me” to “I’m not alone, and there are others going through it.” 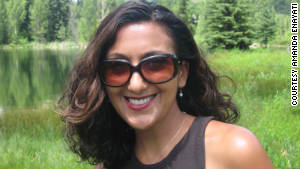 The goal is to convey to the subjects that when bad things happen, it doesn’t mean they don’t belong in general.

Why is this important?

“We don’t have a word for the opposite of loneliness, but if we did, I could say that’s what I want in life.” So began a stunning meditation by Marina Keegan, a 22-year-old Yale graduate who died in a tragic car accident May 26.

What is the opposite of loneliness? Is it belonging?

Because as humans, we need to belong. To one another, to our friends and families, to our culture and country, to our world.

Belonging is primal, fundamental to our sense of happiness and well-being.

Belonging is a psychological lever that has broad consequences, writes Walton. Our interests, motivation, health and happiness are inextricably tied to the feeling that we belong to a greater community that may share common interests and aspirations.

Isolation, loneliness and low social status can harm a person’s subjective sense of well-being, as well as his or her intellectual achievement, immune function and health. Research shows that even a single instance of exclusion can undermine well-being, IQ test performance and self-control.

Walton’s earlier studies demonstrated that a sense of social belonging can affect motivation and continued persistence, even on impossible tasks. That is, if you don’t feel like you belong, you are both less motivated and less likely to hang in there in the face of obstacles.

Even outside a research setting, these are valuable lessons we can all draw from as we navigate life’s difficult circumstances. Though Walton’s research has involved only students, his work has powerful implications for the workplace and other contexts.

According to Rajita Sinha, the head of Yale’s Stress Center, stress itself is not necessarily a bad thing. But stress that is sustained, uncontrollable and overwhelming, in which people can’t figure out options to solve their problems, wreaks havoc on us.

Walton’s belonging intervention has the potential to downgrade uncontrollable stress by allowing people to put a narrative around their traumatic experiences.

It places those experiences in a box, he says, “with a beginning, a middle and an end. As a consequence, the meaning of the negative experience is constrained, and people understand that when bad things happen, it’s not just them, they are not alone, and that it’s something that passes.”

So what exactly does the belonging intervention involve?

In a broad sense, storytelling.

Walton and his colleagues enlist the study subjects as experts to help “others” who may be similarly situated and going through a difficult time.

The researchers provide subjects with statistics, quotations and stories from upperclassmen about their experiences — how they struggled at first but eventually got through it — and ask participants to use that information to write about getting through their own difficulties and how it gets better.

The participants, who believe they are writing for the next generation of incoming freshmen — an audience many of them relate to and care about — begin to engage with the material and use it to reflect on their own experiences, ultimately coming to the conclusion that no matter how bad they feel, they are not alone.

This is particularly powerful in settings where people have a looming alternative explanation, as in the case of minorities, women and gay youth.

Even though the belonging intervention is a mere 45 minutes, its outcomes have proved to be significant and lasting. In Walton’s studies, the intervention increased subjects’ happiness, improved their health and reduced cognitive activation of negative stereotypes for several years after the initial intervention. It also prevented them from taking many daily adversities personally and interpreting them to mean that they didn’t belong in general.

Walton’s research has had a particularly dramatic effect on students’ achievement, especially for minority students and women in overwhelmingly male-dominated majors, who may suffer from the dreaded minority achievement gap: the disparity in academic performance that often persists between minority and disadvantaged students and their white counterparts. That may be because these groups, who may traditionally feel more marginalized and less valued, may more readily attribute difficult circumstances to their minority identities and a sense of not belonging.

In one study involving African-American and white college freshmen in a predominantly white university, the intervention, delivered in the first year of college, changed the trajectory of minority students’ achievement by steadily improving their grades all the way through senior year. Over the three-year observation period, the African-American students who took part in the study had higher grade-point averages relative to multiple control groups, and the minority achievement gap overall was reduced by a dramatic 50%.

The study participants’ change in social construal — people’s perception and interpretation of the world — was key to this success. During the first week after the intervention in freshman year, students were asked each day about the good and bad events that happened to them and how they felt they belonged at that time. Walton found that the intervention reduced the degree to which students correlated bad days with not belonging by providing them with a nonthreatening framework for interpreting daily challenges.

In a second study involving women in a predominantly male engineering setting, the intervention increased women’s ability to handle daily stressors. They had higher and more stable self-esteem and developed more friendships with their male colleagues.

The idea of writing for others versus themselves is important because it steers study subjects away from the sense that the belonging intervention is remedial. “We are not telling people that ‘we think you need help, and here is the help we are going to give you,’ ” says Walton.

Walton observes that in general, people are misinformed about the state of others like them.

“We often operate from very biased information. We have our own experience and can only see others from the outside. Many of us are having these same difficulties, but no one is showing it, and so we can feel isolated and depressed.”

It is in those circumstances that you may wish to wield a pen, to reflect upon and write the story of your experiences. Even rewrite your story, perhaps. Place it within a larger framework. Give it a beginning, a middle and a hopeful end.

And recall some powerful truths about being human:

It’s not just you.

We are all struggling in one way or another.

Do not judge your insides by other people’s outsides.

“It’s not quite love,” Keegan wrote, “and it’s not quite community; it’s just this feeling that there are people, an abundance of people, who are in this together.”

And so we are.